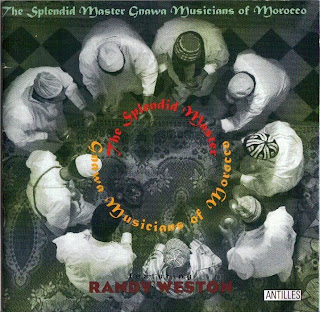 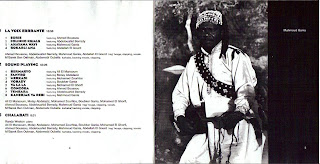 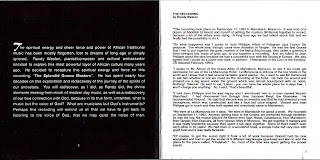 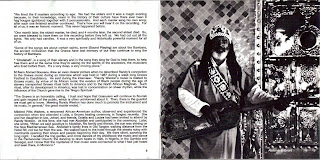 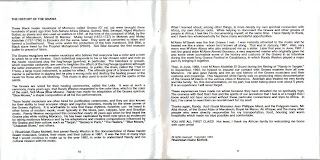 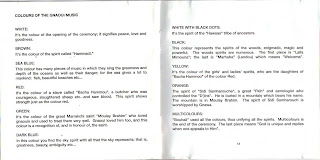 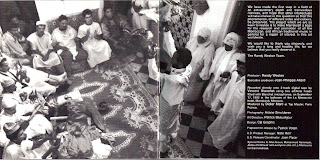 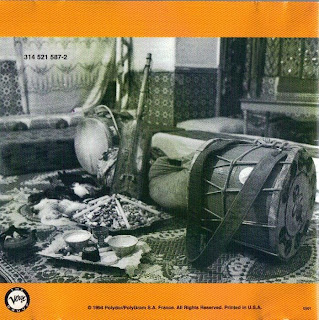 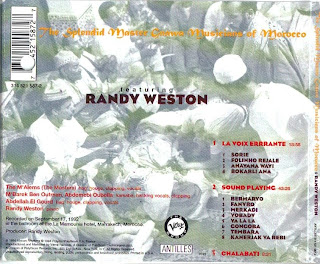 I first heard Gnawa trance music around a decade ago, and was immediately hooked. I remember telling a younger friend about the genre, but made the mistake of including the term "trance music" in the description. It became clear in a hurry that each of us held a radically different definition of "trance" - Gnawa trance music is performed exclusively on acoustic instruments. Whether or not my younger friend ever checked into the music of the Gnawa I do not know - I lost touch with him probably six or seven years ago.

This particular album was actually the second Gnawa trance CD that I picked up (the first was The Trance of Seven Colors), and part of the appeal was Randy Weston's involvement in the project. Weston mainly takes a back seat, save for some brief piano accompaniment on the final track, "Chalabati" and handling the production chores. In the wrong hands, this could have been an exercise in exotica for the sake of exotica. Not so here. Weston's interest in the music is quite genuine and deep-seated - going back a few decades (his first stint residing in Morocco was from 1968-1973), and a Gnawa influence can be found in much of his recorded jazz output since the 1970s. Since about the late 1990s (if not before), Weston has been performing in concert with master Gnawa musicians - occasionally dropping a live CD every now and then. A great deal of care went into the production and packaging of this particular album - including a fair amount of material in the liner notes regarding the context of the Gnawa tribe, their history, and some information about the selections included on the finished product. Needless to say, since a traditional Gnawa healing ceremony would last for hours, we're merely being treated to a portion of what would be experienced. If I ever get the opportunity to travel to Morocco, the music of the Gnawa is definitely on the list of experiences to savor. The music and the information on the CD are themselves to be savored as both a sensuous and educational experience.