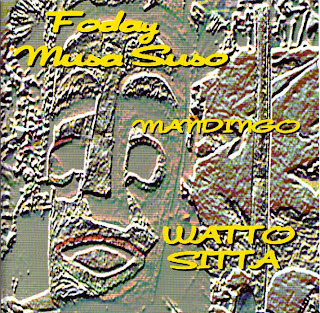 Watto Sitta, credited to Foday Musa Suso's band Mandingo (also known as Mandingo Griot Society), was one of the fruits of his collaboration with Bill Laswell (during the 1980s and 1990s) and brief association with Herbie Hancock during the 1980s. Recorded during the period in which Foday Musa Suso appeared on Herbie Hancock's album Sound System, and collaborated with Hancock on Village Life and Jazz Africa, Watto Sitta has a considerably more popish sound. Some of that no doubt is due to the presence of Bill Laswell as co-producer, and the temptation at the time to add drum machine effects (they detract a bit considering that the crew assembled included plenty of expert drummers and percussionists). That said, it makes for an enjoyable listen, and although out of print currently, inexpensive copies can be found. The last track is my personal favorite. You'll recognize many of the musicians on Watto Sitta from their appearance as performers on Jazz Africa, and both those albums can be played back-to-back quite comfortably. If you enjoy one of those recordings, you'll enjoy the other as well.

Released initially in 1984 on Celluloid (catalogue # CELL 6103) as an LP and three years later as a CD. Later reissued on CD by Terrascape.