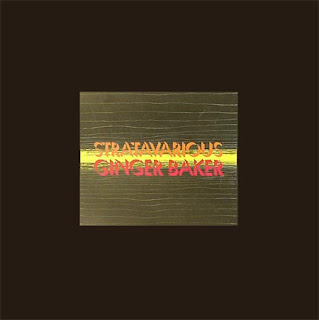 A lost gem from the early 1970s, parts of which ended up on a compilation album (Do What You Like) from Ginger Baker's short-lived Air Force project. Stratavarious is more properly Baker's first post-Air Force recording, and offers a mixed bag of afrojazz and jazz rock. The first two tracks are the more African-leaning tunes: the former Baker's take on a traditional song, the latter a tune penned by Fela Kuti. The next two tracks would appeal to classic rockers yearning for a return to the days of Cream. Throw in a drum duet with Guy Warren (a cat who paved the way for Babatunde Olatunji, and whose 1950s and 1960s recordings are about as hard as hen's teeth to find) and some electronic noodling, and you have the proverbial icing on the cake. A pretty nice description of the players and the album can be found at with comb & razor.