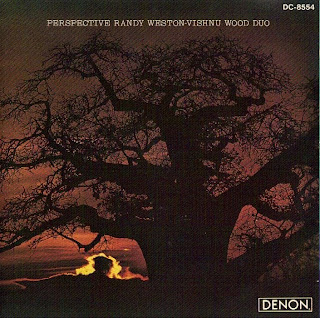 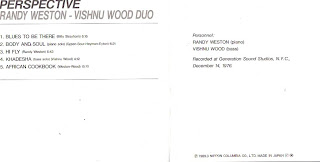 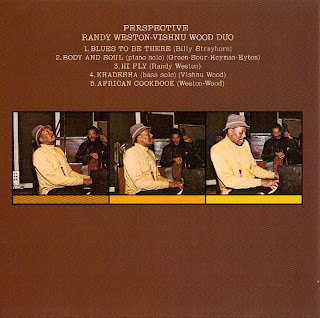 Perspective is one of many fine recordings that has slipped through the cracks. Although out of print, it's not impossible to find used at a semi-reasonable price. For whatever reason, no one that I know of has shared this album either via p2p or via the music sharing blogs. It's certainly a pleasant enough listening experience, and a piano-bass duo setting is pretty unusual for Weston making the recording a fairly unique one in Weston's extensive (and thankfully extensively recorded) career. Vishnu Wood is considerably less known of the two, perhaps best known for his performance (playing oud) on Alice Coltrane's album Journey in Satchidananda. Wood appeared on some of Weston's albums during the 1970s, and appeared on at least one Archie Shepp album before disappearing. It's warm music perfect for those cold winter evenings.

Both musicians play together except for "Hi Fly", which is a Randy Weston piano solo, and "Khadesha", which is a Vishnu Wood bass solo.