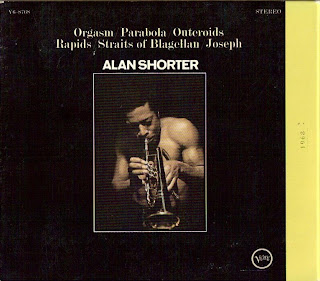 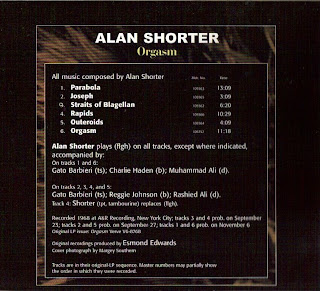 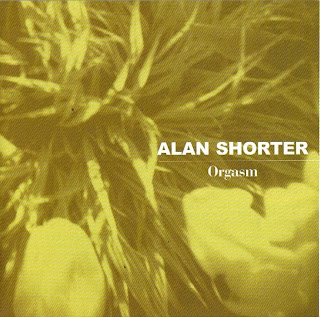 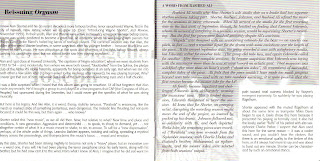 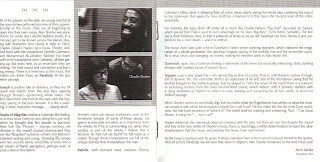 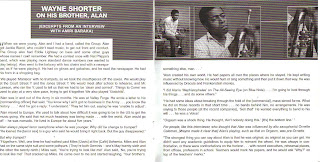 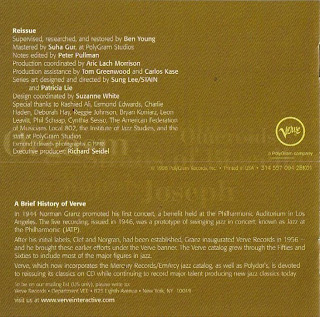 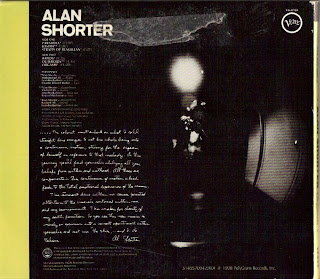 I managed to score a copy of Orgasm when Verve briefly reissued the album as part of its short-lived "Elite Edition" series. It's kind of an odd album in that in the middle of recording Alan apparently switched producers, and also had to replace some of his players. In spite of the behind-the-scenes turmoil, Orgasm is a consistent sounding recording, and one of the more beautiful statements from the free jazz community. I've heard of comparisons between this album and Ornette Coleman's early work (the two composers share a common bassist, Charles Haden), and I find that I can play this album fairly comfortably side by side with some of Coleman's classics (Change of the Century comes to mind). Much has been made about his apparent lack of training and technique, although honestly I can't really hear any deficit in his flugelhorn playing. He seems to get the job done within the parameters of his compositions, which I would suppose is pretty much what matters. It's a painfully hard to find album, but worth finding and spinning. Shorter would go on to record Tes Esat, which was reissued briefly a few years ago.

Alan apparently had a number of personal problems that made him difficult to work with, and he died in obscurity in the late 1980s. His brother Wayne had this to say about him:

The strongest thing you can say about Alan is that he was an original, as original as you can get. He didn't want any academic guidelines to equip him to reinvent the wheel. He was always in confrontation, or there was confrontation on the horizon...with record executives, rehearsal places, front offices, professors in school. Teachers would mark on his papers, and he would ask "Why?" on top of the teachers' remarks.

I gather that Alan did quite a bit of composing during his brief life, and left behind scattered remains of those compositions as his legacy. Wayne once commented that he would one day look through Alan's work and do some of his compositions (Wayne used his brother's "Mephistopheles" on one of his mid-1960s albums), although as far as I am aware that has yet to bear fruit.