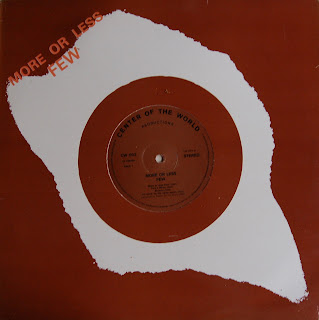 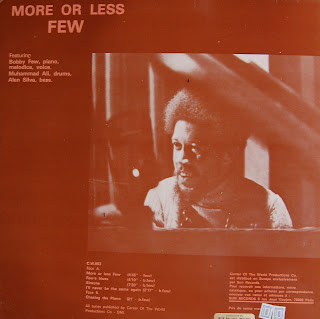 Both Center of the World and Sun Records released some powerful music during their brief runs. Bobby Few, pianist who collaborated with Frank Wright, Alan Silva, and Muhammad Ali during the 1970s recorded a couple albums under his own name (one each for Center of the World and Sun). This particular recording is a piano trio date with Silva and Ali. The title track, "Simone", and "Chasing the Piano" are fiery energy pieces. "Few's Blues" is a free-jazz-blues tune that you can hum to. The boppish "I'll Never Be the Same Again" has Few on vocals, and has that late-night, bar is about to close feel to it. Dig it!

Recorded in Paris, November 1973 and subsequently released on Center of the World, catalogue # CW 003.