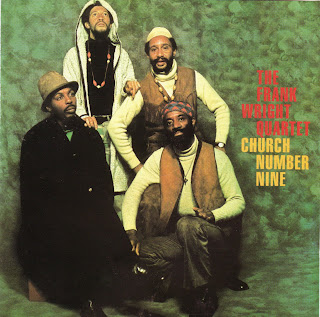 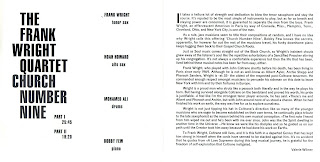 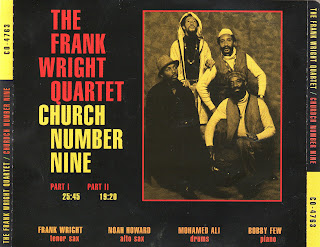 Church Number Nine was recorded March 7, 1970 in Paris, and released on an obscuroid French label called Calumet (catalogue # 3674) in 1973, in an extremely limited run (only 300 copies were produced). It was briefly reissued a few years ago as a CD on Black Keys. The music is one continuous piece, broken up only due to the limitations of the vinyl LP format, and it's everything you'd expect for a free jazz blowout that includes both Frank Wright and Noah Howard. Frank Wright also adds voice periodically - saying, among other things, "It's time for the world to be at peace" (to which I say, amen!). The tune, "Church Number Nine" has also appeared in truncated form on Noah Howard's Space Dimension (utilizing the same lineup on that song only) and as a bonus track on the Fractal reissue of the Frank Wright album, Center of the World Vol. 1.

This particular lineup also recorded One For John in late 1969 for BYG/Actuel. Also, note the liner notes written by Valerie Wilmer, author of a book about the free jazz scene entitled, As Serious As Your Life.