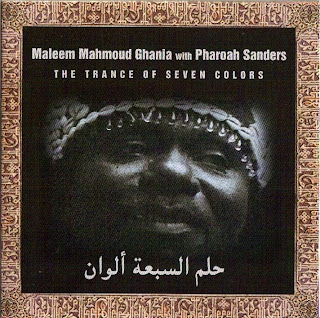 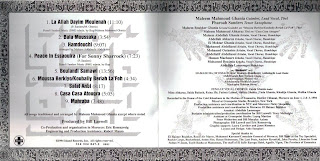 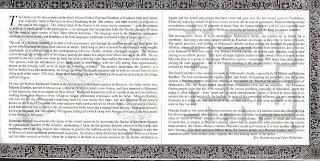 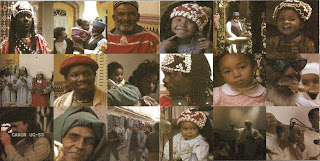 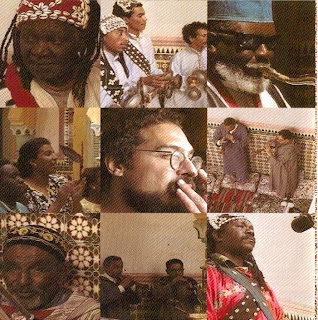 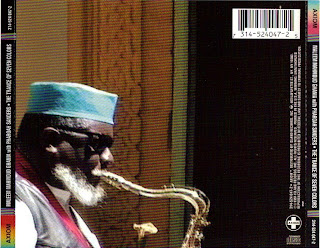 This was my first album of Gnawa trance music, and what led me to pick it up in the first place was the mere fact that Pharoah Sanders was on it, and during the late 1990s I was on a Pharoah Sanders binge (much to my wife's chagrin). Once the first few seconds of the first track unfolded, I was hooked, and there was no looking back.

The mid-1990s marked something of a renaissance for Pharoah Sanders, who rediscovered the fierceness of his early years on Sonny Sharrock's last proper studio album Ask the Ages, and subsequently became a highly sought-after sideman on numerous projects (e.g., Franklin Kiermyer's album Solomon's Daughter in which Sanders is part of the quartet, a couple tracks on Jah Wobble's Heaven and Earth, an appearance on a remake of the Last Poets' classic "This is Madness" for the Stolen Moments: Red Hot + Cool compilation CD). Sanders would shortly thereafter record the album Message From Home. Whether it was drawing on the legacy of Trane's classic quartet era, or pushing the envelop with some fierce playing in hip-hop, alternative rock, or world music genres, Pharoah Sanders was proving a force to be reckoned with once more.

In some respects, this album recalls some of the more world music moments from such Pharoah Sanders albums as Thembi, and his playing is consistently fiery throughout. Not to worry: Sanders does not steal the show, laying out for a couple tracks and ever mindful that the music is the Gnawans' vision. He does get a moment all to himself though - see "Peace in Essaouira (For Sonny Sharrock)" - and his tone is rich and warm as he pays homage to a deceased friend. Bill Laswell produces, but unlike a lot of Laswell joints, this time around Laswell hangs back and simply documents the action. The album feels like some master Gnawa musicians and a jazzer (and friends & family) getting together to party. Somehow I feel physically better whenever I play this recording - that may be merely psychosomatic, but I'd like to believe that this is truly healing music.

Note, I believe this album does tend to circulate around blogtopia. Hopefully I won't be stepping on too many toes, and hopefully the perspective I offer is unique enough to make it worth your while.