Arthur Doyle: Plays and Sings From the Songbook Vol. 1 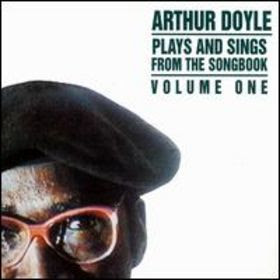 Here's another Arthur Doyle album - this one recorded around the time Doyle began his comeback after returning from France, where he had done time for a crime he didn't commit. While in the joint, he wrote down a bunch of tunes and lyrics, and some of that material became among the first songs he'd record once he finally got the chance again. Doyle fans will know what to expect in this set - it's a solo recording in the truest sense of the term, with Doyle playing multiple instruments (flute, piano, and of course, tenor sax) as well as serving up some vocal performance art. I've mentioned before that his vocal style is definitely unique. Listeners with an ear for free jazz will likely have the open mind needed to truly appreciate what Doyle is trying to do here. Many of these songs have been since recorded in a variety of contexts, from solo performances to sax-drum duos, to various electric and acoustic combos.

Recorded in 1992, it would take three years for it to finally see the light of day on Audible Hiss. 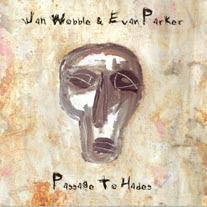 With the exception of "Full On" (which clocks in at just under nine minutes) the tracks run about 13 to 14 minutes each, allowing the musicians stretch out and their ideas develop. This one's all about the groove. Parker responds brilliantly in this context. Fans of Wobble will know what to expect. Evan Parker fans should be in for a pleasant surprise. Well-worth seeking out.