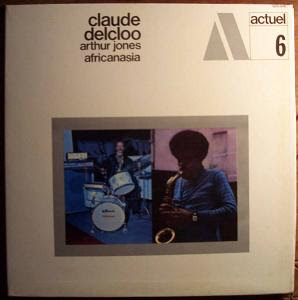 Absolutely gorgeous album that lives up to its title.

Yo Miles! Live at the Fillmore Auditorium March 4, 2000 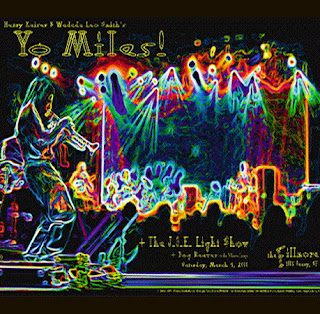 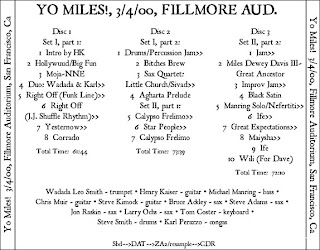 Henry Kaiser and Wadada Leo Smith started the Yo Miles! project as something of a one-off tribute to Miles Davis' late 1960s-mid 1970s electric era back in the late 1990s, that subsequently took on a life of its own. The first album was released in 1998 under their names with the simple title Yo Miles! and that album rocked the house. These cats also gigged around a bit from time to time, and went on to record some other studio albums under the Yo Miles! banner - Yo Miles!: Sky Garden (2004) and Yo Miles!: Upriver (2005). All of their studio recordings are double-CDs, so expect a lot of music.

Unlike a lot of tribute bands, these cats aren't merely copying the original artist's sound, but rather are using the compositions to go off into uncharted territory. They also have a tendency on their studio albums to perform their own original tunes, which though definitely Miles-inspired, are not likely to be mistaken for anything in the extensive Miles Davis canon.

These particular CDs document a live gig from March of 2000. The band is tight, energetic, inspired. If you're already a fan of Miles' 1970s work, you'll have an idea of what to expect. Mostly, these are covers with the occasional Kaiser & Smith originals thrown in for good measure. Personally, the tunes in these cats hands sound a bit less dense and less angry/more celebratory than The Prince of Darkness would have allowed during his peak years. There's still tons of fire, and provides evidence that jazz fusion can still be a vital, creative form when you get the right mix of artists involved.

If you like these sound files, please, please, please do yourself a favor and check out the Yo Miles! studio recordings that are currently available. You'll be glad you did.