Frank Wright: One for John 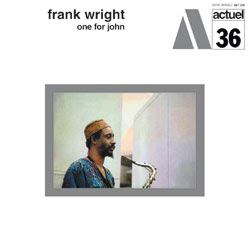 Frank Wright
One For John

Frank Wright's ensembles tended to tear the roof off the sucka - in particular those joints featuring Noah Howard. If you're already a fan of Frank Wright's music, you know what to expect. Be forewarned, the sound quality is a bit dodgy in spots, especially near the beginning of "China" where the vinyl sounds as if it's skipped. I keep hoping for a proper digital reissue. So far, no dice. In the meantime, this one will suffice.