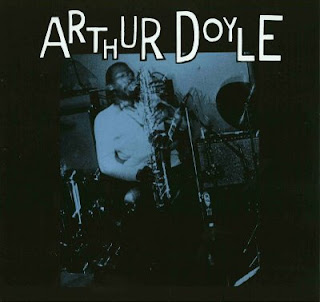 There's quite a bit of Arthur Doyle material floating around if one is willing to look. This recording marked a resurgence in interest in Doyle's music in the early 1990s.

Released on Forced Exposure in 1993.

His recordings tend to go out of print fairly quickly, although thankfully there are a few albums still in print. Qbico and Carbon have been releasing quite a bit of his work this decade - usually in extremely limited editions.

I fixed a couple broken links, in the process re-upping the following albums:

Email ThisBlogThis!Share to TwitterShare to FacebookShare to Pinterest
Labels: housekeeping 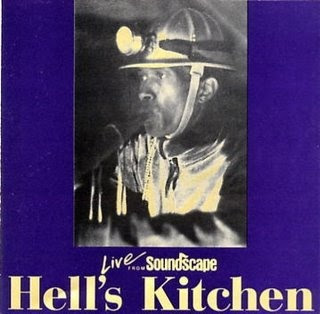 Here's another one of those rarities that I managed to find at another blog about a year ago. I had already heard the Don Cherry tracks, since those had been circulating around p2p networks for the past decade. Let's just say that the whole album rocks the house. The info (courtesy Eliminate Fear Of The Unkown):

All recorded at Soundscape, 52nd Street, NYC, apart from (5) and (6), recorded in Mammoth Cave, Kentucky.

While you're at it, check out the review by j-bombay at Eliminate Fear Of The Unknown from that same link. No need to reinvent the wheel on my part. Hopefully j-bombay won't mind my taking the liberty to re-up this gem. It deserves to be heard.

The latest version of the Arthur Doyle Discography is now available. At this point, it appears I've managed to track down just about any recording that has ever been released. I do have some sound files that appear to be from bootleg recordings whose sources I need to track down, but other than that I think it's pretty complete. If I've missed anything, feel free to email me.

This is one of those labors of love. I have never met the man, and regrettably the closest I'll probably ever come to seeing him gig live has been through the occasional YouTube video, but I've become quite passionate about his music over the last nearly decade.
at 5/24/2008 02:15:00 PM 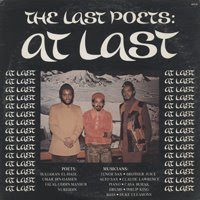 This was one of those Holy Grail recordings, that I finally managed to track down. The one review that I've read about the album was pretty unflattering, but at least to my ears it hits the right notes. It's not as essential as their early albums The Last Poets and This is Madness, or other recordings from the 1970s such as Chastisement or Delights in the Garden, and unlike any of those albums seems doomed to remain out of print. I actually think it fits in quite nicely with Chastisement and Delights in the Garden - it's just a bit more lo-fi than those albums. And if the vocals sound strained, contrary to the allmusic.com review, careful listening will suggest that it is intentional on certain tracks rather than an artifact of trying to be heard over the jazz combo backing.