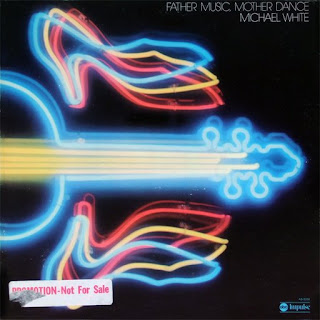 Another beautiful late-period Impulse! recording. "Reiko" may easily be the highlight of this album - a gentle ballad with some wonderful conversation between violin and guitar. The title track, "Commin' From" and "Way Down Inside" serve up the funk. "Water Children" is another instrumental ballad, albeit with more prominent percussion than "Reiko". The final track comes the closest to a straight-ahead jazz track. Cosmic, but not too far out. Some info:

From the liner notes:

The producer would like to express his appreciaton to the following honorary members of the Neo-Z-Mtg. Co. Gross Art Production Team for their much-needed assistance and aid: Professor George Hormel for his continued encouragement; his wiling henchman, Judge La Palm, for Moog services above and beyond the call of friendship; Thomas Q. Hidley for thick carpets and snappy dressing; the redoubtable Sandra Axelrod for her new found negotiating skills; Valerie and Debbie for their knowledge of hotcha gourmet spots in the City By The Bay, and their unfailing courage in the face of fainting spells and other errata; and the dreaded Susan Atamain, for both her patience and restraint, to say nothing of her incomparable ability to get her old man up in time, no matter the adversity of curcumstance.

The album was mixed by means of the Standard Matic system for fully compatible stereo and quadraphonic reproduction, and should provide and exceptional when heard on any high quality playback system.

The louder the better.

Peace, serenity and very grateful thanks to Ed Michel, Baker Bigsby, all the musicians that made the date possible, including Marti McCall, Myrna Matthews, and Josef Powell, Ed Riley, and, most of all, for inspiration, Mary.

Music as a creative medium has always excited me. Everywhere you turn you'll find another point if view; another universe of knowledge available to those who heed, and as diverse as is the talent of artists.

Micheal White has been adjudged to be a man of gentle character, impressionable difference immense serenity. His preceding Impulse recordings, Spirit Dance (AS-92150, Pneuma (AS-9221), The Land Of Spirit And Light (AS-9241), validate the aforementioned character references in full, but for a minute, because as the spectrum of Michael White's music turns with this album,he unleashes fire, depth, and the strong blues roots born to him (Boogaloo if you will). Particular note should be taken with fervent foot-stomps, ass-shakin' and porous sweat to the title tune "Father Music, Mother Dance" to "Way Down Inside" and not to be outdone, "Commin' From" to characterize the fiery side. Then on to the immaculately beautiful "Reiko", a composition by the extremely talented and highly diverse guitarist Bob King.

As multi-faceted as is the the talent of Michael White, so be it reflected, promulgated and supported by his formidable bassist Kenneth Jenkins and extremely articulate drummer Clarence Becton. Master percussionist Kenneth Nash's composition "Water Children" brings to mind an excerpt of poetry on this occasion: "But you, children of space, you restless in rest, you shall not be trapped nor tamed for you shall flow with the water, flow with the gale winds, you shall not be an anchor, you shall be a mast". To close the curtain (for a minute) on this album, Michaels "Mary's Waltz" is the flowing effervescent sensitivity that is so indicative of Michael's personality as attributed to his soft-spoken, gracious, and striking beautiful Lady Mary.

It is almost impossible for one man to describe another mans music as intended here, and to do it justice. However, the creation and stimulus - the motivational force behind the music - is the descriptive essence of this music. Michael White is the music - the music is Michael White.

If you dig this, you'll probably groove on Pneuma and Land of Spirit and Light - both of which I believe are commercially available as of this writing.
at 11/26/2008 11:49:00 PM