Consider this a mini-discography brought to life, thanks to the miracle of mp3s. Jihad Records released only three albums during its existence, but at least a couple of those recordings are well-sought-after by fans of the jazz avant-garde. Each of these albums is radically different from the others, save for one common denominator: the appearance or involvement of beat poet, playwright, and activist Amiri Baraka (in an earlier time known as LeRoi Jones). Here's a brief overview of the Jihad label:

Jihad was a label that was formed by Imamu Amiri Baraka to broadcast the work of the Jihad Cultural Center, Newark NJ. It produced and issued ... three discs ... , but recorded much more. The first two items are the target of most serious collectors of Free Jazz, each for a different reason.

Sonny's Time Now brought together a fantastic group of free improvisors during the ferment of the "New Thing" of the mid Sixties (Don Cherry-tp; Albert Ayler-ts; Louis Worrell, Henry Grimes-b; Sunny Murray-d; LeRoi Jones [now Imamu Amiri Baraka]-recitation on last track) at a time when their work was causing discussion and argument through-out the jazz world. In many ways Sonny's Time Now may be viewed as a continuation of two classic ESP titles: New York Eye & Ear Control (ESP 1016) and The New York Art Quartet (ESP 1004).

A Black Mass is a morality play about the races of man, written, directed and performed by Baraka and a cast drawn from his Cultural Center. The reason it is so greatly sought after is because the incidental music was done by Sun Ra and members of his Arkestra. This disc is truly a rare item in the Sun Ra discography, being even more difficult to find than all but one or two of Sunny's own Saturn lps.

The third release, Black and Beautiful....Soul and Madness featured Baraka reading his poetry, "...backed by a vocal group and an uncredited band (definitely, an artifact from the 60's)", to quote Jihad collector Anthony Rogers.

It has been said that Imamu Amiri Baraka has many other tapes that he was never able to issue on the Jihad label. A Japanese release of Sonny's Time Now has been reported, with an additional track, but it would appear that the CD is as elusive as the original vinyl release. Chuck Nessa said that the DIW release was an "...lp in Japan with a one sided 7" 33 1/3 rpm bonus disc. The bonus disc is #850925 (I.M.-0598 A). The "tune" on the bonus disc is "The Lie". I believe they later issued a CD of all the material." Ed Rhodes states that "...the CD reissue is 35DIW 14CD. There is no selection titled "The Lie" on this disk, just the three titles from the original lp. Page 130 of Baraka's Black Music refers to "The Lie" but the short promo on page 177 does not. I believe there is a reference somewhere that refers to "The Lie" as part 2 of "Justice", which was split between sides 1 and 2 of the original lp. Will post again if I find it."

Baraka has stated that he would like to see all of the material gathered by Jihad to be released correctly. I hope that this can be done while I'm still far enough away from senility to enjoy the music. 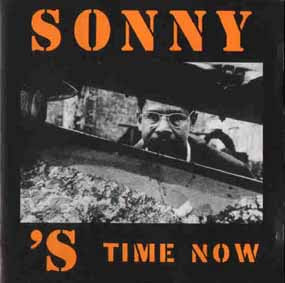 The version of Sonny's Time Now presented here is the one with "The Lie" included. If you groove on mid-1960s free jazz, such as the recordings released at the time by ESP-Disk, you'll dig on this. If the lineup looks intense on paper, it is even more intense to actually here. This music is raw energy. As Thurston Moore put it:

his recording is super-lo-fi and is awesome. On it play Ayler (tenor) and Don Cherry (trumpet) as well as Leroi Jones (now known as Amiri Baraka) reading a killer poem called "Black Art". This music is very Ayler but more fractured and odd.

Indeed, Ayler smears and skronks like a man possessed, and in a manner that anticipates such cats as Kaoru Abe. Don Cherry is quite recognizable, playing much as he would during the period. Murray is the pulse driving the rest of the music. Bassists Worrell and Grimes are a bit hard to hear in the mix, save for the quieter passages. Baraka's contribution to this group of free jazz power players is "Black Art" which features such strident passages as, we want "poems that kill." Assassin poems, Poems that shoot guns. The words, like the music, are as far from peace and love as anything from the stereotyped and romanticized 1960s that has been packaged by the corporate media since. 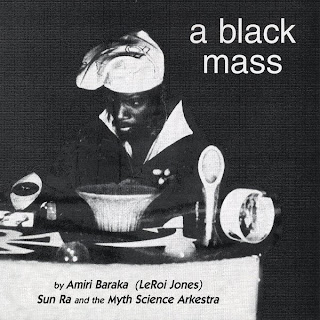 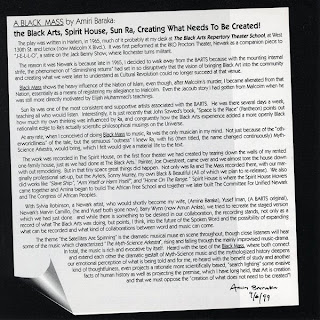 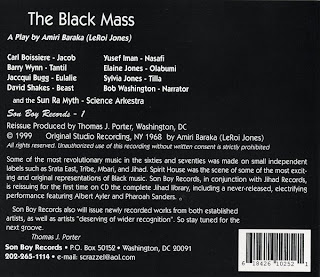 A Black Mass is typically sought-after more for the inclusion of Sun Ra's Arkestra as musical accompaniment. Truth be told, you barely get much of Sun Ra except for a flourish here and there. So if you're a Sun Ra fan looking for a lost gem, you'll be a bit disappointed. The sound quality is also a bit dodgy, so you'll have to strain to hear the dialog. Those with the patience to hear the words will be treated to a portal to one particularly volatile period in the struggle for civil and human rights that still continues to this day.

I'm not sure about the personnel on this one, beyond Baraka and members of Sun Ra's crew at the time. The piece itself is broken up into two parts due to the constraints imposed by LP format.

and the Sun Ra Myth-Science Arkestra 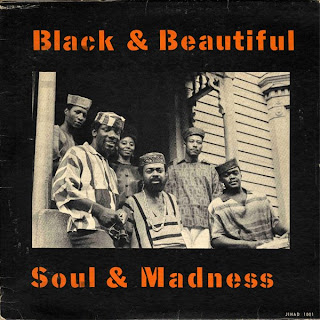 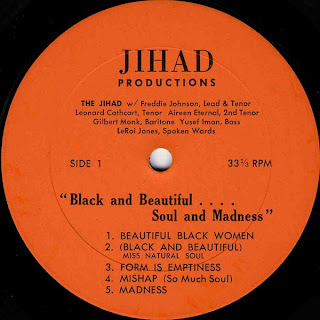 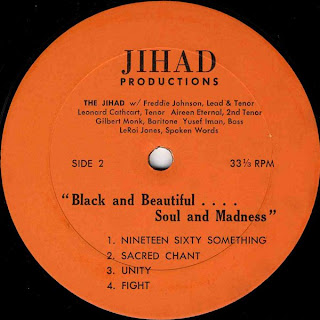 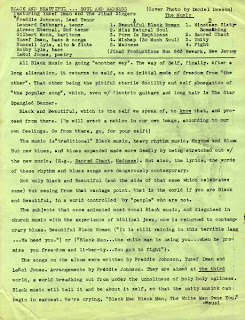 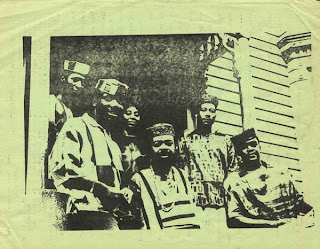 Black and Beautiful, Soul and Madness (credited to The Jihad) is a recording that would have fit in with recordings by contemporaries such as Gil Scott-Heron, The Last Poets, and The Watts Prophets. The musical backing might be a bit dated, but the words still pack a contemporary punch. If one is interested in the historical origins of rap and hip-hop, one can find here some of the Zietgeist that would produce some incredibly powerful rhymes and tunes a generation later by such cats as Public Enemy and KRS-One, and today's underground rappers such as Common and Mos Def. If I recall correctly, this one was posted by Reza at one of his blogs a while back.

The music on these three albums portrays a 1960s far different from the version shoved down our throats like so many commercials with Peter Fonda pitching compilation cds of folk rock and psychedelia from the era. It's a 1960s that deserves a hearing and a viewing all the same. It is a 1960s that is arguably as timely as ever at a time when so many seem bound and determined to pretend that the issues of the day have been "resolved."