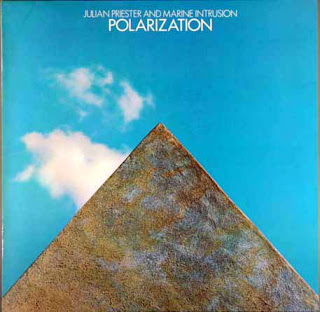 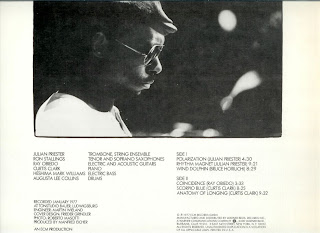 Love, Love got a proper reissue on ECM not too long ago. Perhaps this recording will also get a much-overdue reissue. Long before I became a jazzer, I fell in love with the recordings released by ECM. Perhaps it overstates things a bit to say that there was an ECM "sound" during the 1970s and early 1980s, as the roster of artists was certainly a diverse bunch, but there is definitely something strikingly consistent in the production that comes across. I'd probably use the term "atmospheric" to describe a typical ECM listening experience, with Priester's recordings for the label well-exemplifying that experience. Polarization (released in 1977) doesn't have the butt-shaking grooves that characterized 1974's Love, Love - instead offering a program of avant-fusion that leaves one imagining meditating in a warm cabin on a Scandinavian winter's eve. Only Anatomy of Longing, at the end of the program, offers a dose of understated funkified fusion - suggesting what Herbie Hancock's early 1970s pre-Headhunters sextet would have sounded like had that crew stayed together.