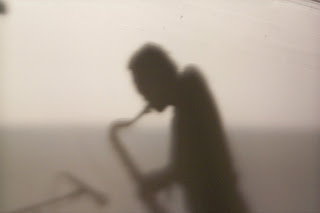 I think this one was once posted on the gone-but-not-forgotten Church Number Nine blog. This is truly an Arthur Doyle solo appearance, with Doyle playing sax, flute, and also singing on six untitled tracks. The session dates from August 11, 2000, at the Dorsch Gallery in Miami, FL., and was released as a very limited edition CDR two years later. If you're familiar with Doyle's work, you'll know what to expect. He's arguably a kindred spirit to such cats in the rock world as Thurston Moore.