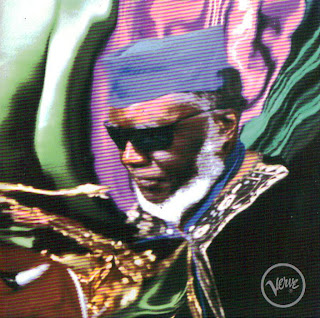 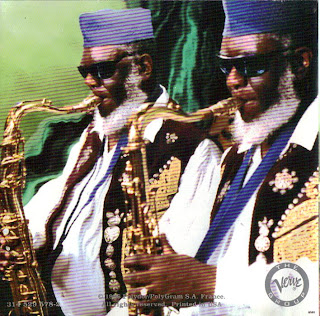 Pharoah Sanders came back in a big way during the mid 1990s, proving that he was still quite capable of the fiery playing that made his reputation in the 1960s and early 1970s. AMG reviewer Richard Ginelli remarked:

The world music-minded producer Bill Laswell gets a hold of Pharoah Sanders here and lo, the sleeping volcano erupts with one of his most fulfilling albums in many a year. Message From Home is rooted in, but not exclusively devoted to, African idioms, as the overpowering hip-hop groove of "Our Roots (Began In Africa)" points out. But the record really develops into something special when Sanders pits his mighty tenor sound against the pan-African beats, like the ecstatically joyful rhythms of "Tomoki" and the poised, percolating fusion of American country & western drums and Nigerian juju guitar riffs on "Country Mile." In addition, "Nozipho" is a concentrated dose of the old Pharoah, heavily spiritual and painfully passionate, with a generous supply of the tenor player's famous screeching rhetoric, and kora virtuoso Foday Musa Suso shows up on "Kumba" with a touch of village Gambian music. This resurrection will quicken the pulse of many an old Pharoah fan.

Pharoah was working a bit with Bill Laswell at the time, appearing on such Laswell-produced joints as Jah Wobble's Heaven and Earth for a couple tracks, as well as performing with and composing music on Maleem Mahmoud Ghania's Trance of Seven Colors. The album does offer a healthy dose of what, for lack of a better term, can be called the Bill Laswell sound - depending on one's perspective that might be a turn-on or a turn-off. Sanders fans will be pleased that the sax legend comes across as firmly in control with the end result an album of world fusion with teeth. A shame it's out of print.