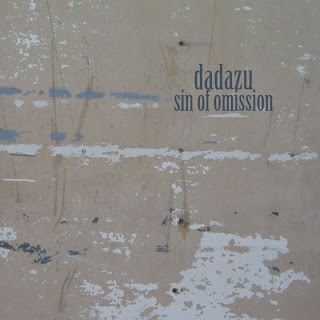 Ilia is a young (born 1987) saxophonist from Saint-Petersburg, Russia. He works in the direction of free improvisation, free-jazz, noise and electroacoustic music. Ilia practices an experimental approach of sound extraction on different types of saxophones (alto, tenor and baritone) and on flute (inc. fluteophone). In his compositions and improvisations you can find out influences of John Zorn, Derek Bailey, Mats Gustafsson, Evan Parker and other masters of improvised music.
The artist records and distributes his music by himself. He often plays at The Gallery of Experimental Sound – 21 (GES-21), Saint-Petersburg.

At the same site, he lists as his influences:

One thing rather notable about Ilia Belorukov is that a number of his recordings are available for download free of charge. What I'll be doing here is to provide a sampler of albums from projects that he is involved with in order to give you an idea of his range of interests. I'll start with the album that served as my introduction to his music.

The music is a continuous 79 minute jam from a live gig in late 2007. It's a dark, moody, improvised drone piece, for lack of a better description. From the recording's site:

The recording was made available on April 12, 2009 by Clinical Archives.

Next up is some solo work. This one is called Saxophone Solos Vol. 1.: 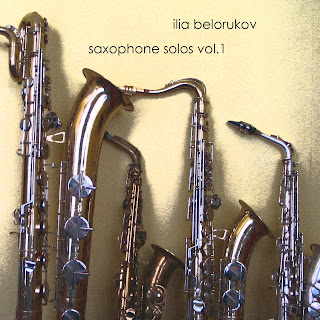 Some info about the album:

All track titles are simply Roman numerals, except for the last track, which is titled "IX (for Philip Croaton). The recording was issued January 27, 2008 by Clinical Archives. Since Coleman Hawkins first dropped "Picasso" about six decades ago, the sax solo recording has become something of a jazz staple - especially in avant-garde circles. The music here is not easy to describe. The reference points that seem to work for me at the moment are the solo recordings from the AACM crew, to the extent that there is a lot of open space to be found on each of the recording's tracks; and Kaoru Abe's solo recordings in some of the louder moments (Ilia Belorukov does seem to channel some of the dark foreboding that Kaoru Abe made into a veritable art form). Unlike Abe, or perhaps one of my favorite sax players to record regularly as a solo artist, Arthur Doyle, this is music that seems to privilege the rational over the emotional. Also, there's something rather interesting in Belorukov's technique - in spots makes the sax sound like a stringed instrument being plucked (see IV, for example). I can't say I've heard anything quite like that. You'll hear some very interesting soundscapes to say the least.

Finally, let's check out another project with which Belorukov has been involved, Totalitarian Musical Sect. Clinical Archives has two of this combo's recordings available. 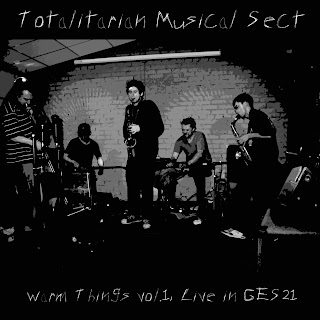 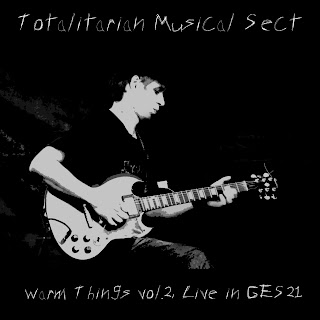 According to the first of the recordings, the Totalitarian Musical Sect cites as influences Can, Art Ensemble of Chicago, and Sun Ra, and refer to their sound as "a new Russian primitivism." And yes, the influences they cite seem to make their presence felt on both recordings.

What I've done here is to embed the recordings here on Nothing Is. Follow the links to the respective recordings and you can download the mp3s, cover art, and booklets free of charge - the works are licensed under Creative Commons. If these recordings whet your appetite, Ilia Belorukov is a very busy individual, who records prolifically in various combos, much of which should be commercially available. Since I'm relatively new to the Russian jazz scene, I'm sure I'm just barely scratching the tip of the iceberg. At age 22, Belorukov is just getting warmed up. His career will be one to watch.
at 6/21/2009 12:45:00 AM